Of course, trends aren’t made to last forever. Each trend always comes with an expiration date. Every year, certain fashions rise to stardom, infiltrating our closets and Instagram feeds. And then, so as to make way for the new, these supernovas gradually dim and collapse. It’s the circle of sartorial life. As you will see this is the list of 10 fashion trends that served us well in 2016, but they can’t go with us in 2017. Which one is your favorite in this year?

Designer Becca McCharen-Tran is a champion of diversity and always throws edgy, tech-savvy designs our way. That said, this September, even Becca favored sleek Olympics-inspired designs over her usual Satan-summoning cut-outs. And why? Because after a year of awkward sun tattoos, we’re ready to throw in the towel on bondage swimwear.

In 2016, most of favorite tops of every women is the off-the-shoulder. As Man Repeller’s Harling Ross put it: “Something sinister happened. The off-the-shoulder trend went from trickle to torrential. They were everywhere. On Instagram. On every page of every magazine. On mannequins at Hollister. On my best friend. On my best friend’s mom. Wearing one no longer felt like a secret handshake between me and my personal style; it felt like peeing in a communal bathroom at Coachella.” Then in 2017, it’s time to throw out your off-the-shoulder tops, but you can wear ir for a while before new trends are coming.

Not only tops, but including dresses and bodysuits too. Isabel Marant and Kim Kardashian put them on the map and because they accentuated our cleavage without the threat of nip slips, we took the bait. Until, that is, we got tired of twinning with everyone.

This year, leather got a slick, shiny upgrade. Patent and its vegan cousin PVC marched the streets in trench, dress and boot form. Not to worry — both materials will follow us into 2017. One particular PVC invention has seen its last day in the sun, however. That day was September 7, 2016, when models and onlookers sweltered for the sake of Yeezy Season 4. The former struggled to strut the triangular runway in see-through PVC thigh-highs that had steamed up from the heat. We’re already over these sweat traps.

This one is really popular tees in 2016. They’ve got the perfect lo-fi, graphic look. They call to mind the youthful rebelliousness of skate culture. They cost less than $20. Over the past year, Thrasher tees have become a model-off-duty wardrobe staple. Molly Bair, Binx Walton, Lexi Boling, Cristina Herrmann and more repped the paraphernalia of a mag they’d probably never read. Given that it only took a few bucks to replicate, the style stars’ look caught on. We wouldn’t call it cultural appropriation, but we would call it played out.

Tho trends are coming so fast, but they will return in someday like 90s fashion are trending right now. So tomorrow, we will show you another 5 trends in 2016 that will not come with us in 2017. 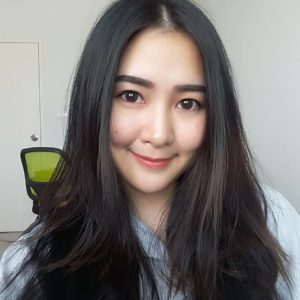