Couture, couture, and some more couture! It’s the time for 2016 Cannes Film Festival. What can we say? The French really know how to throw a red carpet. let’s see what stylish stars & celebs wore to the premiere of Café Society on Wednesday night.

She arrived on the scene on the arm of jeweler Fawaz Gruosi for the Café Society premiere and nailing the Cannes dress in a Roberto Cavalli Couture gown designed by Peter Dundas. As if she was swimming in Swarovski crystals.

Showing off her enviable figure in a pair of high-waisted black trousers, which she matched with a black bustier that featured a white rim. She kills it every time.

She’s been in south of France acting as one of the jurors for the Cannes Film Festival. This floral number on Kirsten Dunst proves just that you can’t go wrong with Gucci! She is already winning the red carpet already with her fashion statements like we’d ever expect anything less. This broken glass-inspired Atelier Versace number on Blake Lively is just so pretty.

Thai actress Araya Hargate is sure to get noticed in this creation, being sent in all of the pretty-in-pink loyalists packing with this Ralph & Russo gown. For those who thought ruffles were on the outs, think again! Kristen Stewart in Chanel fatigue is setting in. Who doesn’t want to see a talented actress in Chanel? The actress took a style risk in a daring dress which was equal parts seductive and demure as she walked the red carpet for the premiere of Café Society. This edgy look was the perfect way to kick off the festival. The Cannes Fashion Festival runs across 3 stylish days and nights, from 18th to 20th May 2016, during the internationally Cannes Film Festival, with a program of stunning runway shows and interesting events. Hope you enjoy checking out the dresses and styles from Cannes! 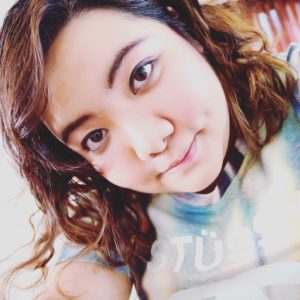 A passionate fashion lover with the obsession for fashion, styles, and shopping.